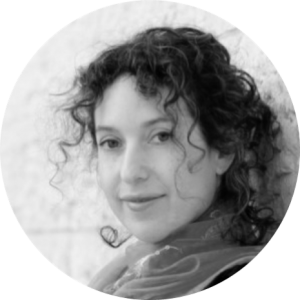 Esther is a creative and dynamic executive – bringing more than two decades of experience working with technology startups, institutional investors and global enterprises.

As the founder of Upround Ventures, Esther has built a trusted network of leading enterprises globally; focused on retail, media, finance, e-commerce and logistics industries, notably in SE Asia, Australia and China. Global companies have tapped her to design actionable strategies and identify disruptive Israeli innovation most relevant for their business objectives. Previously she co-founded and led a boutique advisory firm, Bootcamp Ventures which enabled entrepreneurs from Israel and Europe to form strategic alliances and secure capital from global financial institutions.

Esther has been an advisor to Israeli startups, enabling them to secure valuable customers and close strategic rounds of financing. Earlier in her career, Esther headed strategic communications and investor relations for theglobe.com, from a nascent startup to IPO and as a publicly traded company, In early 2019, the company was featured on National Geographics’s Valley of the Boom series.

Esther holds an MBA from the Kellogg School of Management at Northwestern University and has been a mentor with IBM’s AlphaZone and IDC’s Entrepreneurship Program. She is a frequent speaker at innovation events in China, Hong Kong, Singapore, Vietnam, Thailand and Australia. Esther pens the occasional thought on the Israeli technologies which accelerate Chinese and SE Asian industries…more may be found on her linked in profile…